Black History Month is celebrated throughout the month of February. As a city focused on highlighting our history, St. Augustine, Florida is looking for ways to bring attention to the diversity of the people, places and events that make our home unique. Thankfully, the Lincolnville Museum and Cultural Center, Civil Rights Museum and Fort Mose Historic State Park are always there to educate and celebrate black history’s impact on our city. And what better way to celebrate than with a music festival? Fort Mose Historic State Park is hosting the inaugural Fort Mose Jazz & Blues Series from February 18 to February 26 and invites guests to celebrate the cultural significance of Fort Mose with live performances from some of the biggest names in the game. Proceeds of this series will help support the construction of an on-site fort representation and development of additional interpretive resources. So, be sure to grab your tickets now before the festival sells out!

What is Fort Mose?

Back in 1738, the Spanish governor of Florida chartered Gracia Real de Santa Teresa de Mose, or Fort Mose for short, as a settlement for those fleeing slavery from the English colonies in the Carolinas. Thus, Fort Mose Historic State Park marks the site of the first legally-sanctioned free African settlement in the country.

Over the years, Fort Mose became known as a sanctuary for those seeking liberation from English slavery. It is estimated that over 100 Africans made Fort Mose their home. Since then, Fort Mose has been recognized for its national significance, and in 1994, the site was designated as a National Historic Landmark and was listed on the National Register of Historic Places.

The 16-18-piece band, Count Basie Orchestra, is taking the stage at the Fort Mose Jazz & Blues Series in St. Augustine, Florida. Founded back in 1935 and known for their “All-American Rhythm Section,” this band quickly became one of the most prominent jazz performing groups of the swing era. Dance along to their hit classics like “One O’clock Jump,” “April in Paris,” “The Count!,” “Sing Along with Basie” and more. Event Details: Friday, February 18 at 7:00pm

American singer-songwriter Amythyst Kiah will be performing at this year’s Fort Mose Jazz & Blues Series. Best known for her combination of rock, alternative, folk, blues and country music genres, concertgoers will become transported during her emotional performances of popular songs including, “Black Myself,” “Ballad of Lost,” “Opaque” and more. Event Details: Saturday, February 19 at 7:00pm

Popular American singer-songwriter Gregory Porter will be taking the stage this February at the Fort Mose Jazz & Blues Series in St. Augustine, Florida. Porter has been recognized by the Grammy’s for the Best Jazz Vocal Album: first in 2014 for his album Liquid Spirit and then again in 2017 for Take Me to the Alley. Porter encapsulates the very best of the jazz and blues genres and invites you to sing along to hit classics including “Natural Blues,” “On my Way to Harlem,” “Dry Bones” and more. Event Details: Thursday, February 24 at 7:00pm

Tank and the Bangas

Is there a better way to celebrate than by dancing along to an energetic funk band? The R&B-inspired funk, soul and hip-hop band, Tank and the Bangas will be performing live at this year’s Fort Mose Jazz & Blues Series, providing guests with an experience like no other. Dance along to hit songs like “Fluff,” “Big” and “Nice Things” and get to know the band that is sweeping the nation. Event Details: Friday, February 25 at 7:00pm

Troy Andrews, or Trombone Shorty, is an American musician, producer, actor and philanthropist from New Orleans, Louisiana. He is best known for his trombone and trumpet playing, but Trombone Shorty also plays the drums, organ and tuba. See this talented musician in action when he takes the stage this February and watch a performance that is sure to have you wanting to take up a brass instrument. Event Details: Saturday, February 26 at 7:00pm

If you need a place to stay after attending one of these concerts in St. Augustine, Florida, then why not head over to The Local – St. Augustine? Located on Anastasia Island, just over the Bridge of Lions, our comfortable beds and digital-check in are ready and waiting. It’s never been easier to get a good night’s rest! 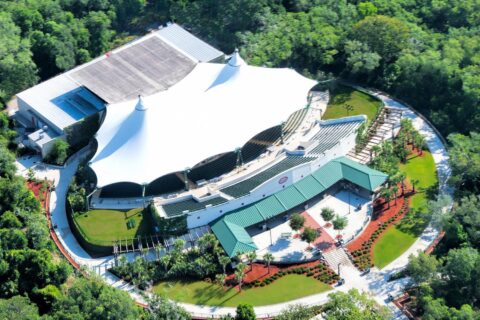 If there’s one thing we love about the Ancient City, it’s that you’ll never run out of things to do and places… 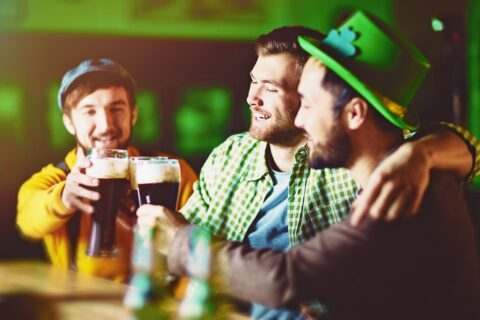 Where do you find the luck of the Irish? St. Patty’s day is around the corner, and that means it’s time for everyone to show off their very best…